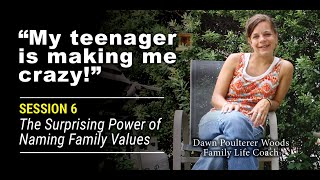 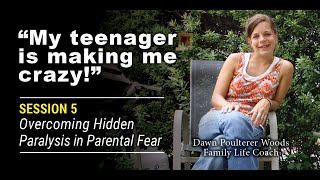 It's Advent Season...sit quietly and read this one. Reorient yourself...

There is nothing calm about Christmas. Remember back when Christmas BREAK meant a respite from the normal work-a-day busyness? More time with family, more time with friends, enjoying time around the dinner table with games afterwards, sitting around the fire together?

Wow, times have changed. A brief observation makes it clear that most peoples’ lives are on a 4xs speed setting. Oddly, we look like figures in fast-motion, in an awkward sort of way. More things to purchase, more parties to throw, more food to buy, more kid-events to attend, more church services to rush off to, more Post Office runs to make…all in all we have a fundamental need for less to do, less places to be, less errands to run. We need the quiet of Advent.

At the top of the list, most would say, “I NEED MORE HOURS!”

As a response, the brilliant brains have created the most strategic systems, have worked over-time on the most “helpful” innovation, and have spent overwhelming amounts of money on a surplus of designs…with the intention to SAVE US TIME.

…all the while we have sacrificed simplicity in exchange for “No Waiting Ever.” This has become our highest value.

Order on the app before you get there.

Deposit the check through your phone.

Hire someone to deal with the leaves.

Have UberEats deliver it (even Fast-Food now).

Go through the self-checkout line.

Order groceries online so you don’t even have to go into the store.

Use the kiosk at Panera Bread.

The “save you time” options are now a long list, getting longer. "It’s harmless. It’s progress. It’s efficiency.” We have all said it or thought it. But recently, during this season of advent, I have stopped to ponder if I want to live this way. It is almost as if I have embraced a value I never really had in the first place: “Do more, and more and more and more…in less time.” The irony is that what seems to be "saving us time” is giving us permission to stuff our lives full of more stuff to do, with less attention to what matters.

Advent has fallen on me this year like a fresh snowfall. Life circumstances have forced me to hunker down and wait. I am totally out of control; I can’t make anything move. Ordering on a kiosk doesn’t lift the burden even a small bit.

This last week I was thrust into a massive Advent lesson; I didn’t even see it until now...

My father had asked me to go stand in line for a book he wanted to give to his dear friend for Christmas. The author was going to be there signing, and I live really close to where this event was taking place. My father lives in a Pennsylvania, I live in North Carolina. He needed me for this job :)

I was in a rush, of course. I swung into a parking space, walked on the “keep off” grass, charged into the building where lots of activity was going on. People were wandering, looking at Christmas decorations, sipping coffee and getting in my way. One woman stopped, “You look frazzled, how can I help you?” I shoved back all my impatience into my mouth, and politely asked her about the book signing. I was there 10 or so minutes before the signing was supposed to begin and I was already going to be at the back of a long line. She went on to ask, “Do you have the book?”

“Yes, you’ll have to go to the bookstore over there, wait in that line to buy it, and return to this line here after you get a ticket from the woman in the red Christmas vest,” she pointed to a line with at least 25 people ahead of me. I had very little time. I found myself disgruntled.

Time was ticking and my ancient iPhone was losing its battery life in the same way I was losing my mind. I tried to glance at everyone’s phone or iWatch to see what time it was and figure out when I needed to be exiting the parking lot. My eyes tried to identify a nice grandmother or kindhearted mom, "Can I jump in front of you, my life has really important things going on," was what I was thinking. I held my tongue and inched forward in the line. My anxiety took control as I calculated how long each person would want to talk to the author and how many people were in line with a spouse, hoping that would shave off some minutes.

As a side note, my dad’s friend who is 75 years old. He has been carrying oxygen around for the last year or more, straining to do much of anything. Never a complaint from him. He has been on the list for a lung transplant and finally, a month before Thanksgiving, he got the call that they had a match for him. The surgery was a success, each day opened the door for healing, stronger breathing, a few steps and a few more steps until he was taking walks around the hospital. The reality: he wasn’t going to make it to Thanksgiving. Now he was going to be home with family, breathing on his own.

…breathing on his own. A holiday miracle.

The things I take for granted. He is thankful for a deep inhale. I don’t even think about it. Gratitude comes when we have lost something first.

In order to get my mind off the time waiting in the line, I took a look at the book. I knew the author had a story of imprisonment in Turkey, but that was all I knew. In between my spikes of worry, I decided to read the back cover summary. Andrew Brunson may be familiar to some of you, but he wasn’t to me. On the front cover were a few short facts that said all I needed to know to keep me curious and moved:

In 1993 Andrew and his wife were called to the mission field in Turkey. This is one of the largest countries in the world to not know the gospel of grace. The only other detail I discovered was that in 2016 they were arrested and Andrew was thought to be a spy. His wife was released quickly but he was held captive for two years. I could not get my mind around it. People who sacrifice for what they believe and are willing to pay such a high cost, leave me silenced. In the middle of the Christmas music, the photos being taken, the phones binging and ringing, I was silenced. I didn’t worry about the time in that moment.

As I approached the table where he sat, I didn’t know what to say. My throat was tight and I clenched back tears thinking about him. My imagination was awakening my empathy in full swing and I began to cry. I wanted to thank him. To tell him I am sorry I didn’t know he was in prison suffering like that. At the start of his signing he commented, “Please let me know if you prayed for me. I want to thank you in person.” I texted my dad to ask if they had prayed,

“We have all been praying him.”

It was as if I had a snapshot of the last 30 minutes. It was clear and equally disturbing to. Americans are an impatient bunch. Not everyone. And typically those who have suffered much are far more patient then those who have not. Kids are growing up with so many options to save time that they will sadly, but inevitably, be impatient when life forces on them a long wait.

I was anxious in that line because the line was long. I was annoyed with those talking to Andrew Brunson so long. My angst was even more palpable because my phone was about to die and I had another few hours of work ahead of me with no charger! A phone with little battery left is a modern day American crisis. Sad, but true.

I approached the table as if I were approaching a king.

I calmly mustered my words, “Will you address it to Jim? He is my dad’s friend and they live in the northeast. He asked me to come get you to sign it”

Andrew looked at me and asked, “Can you tell me anything about him?”

“Well, he is 75 and just survived a lung transplant; he is doing really well. He wasn’t supposed to make it to Thanksgiving…(my eyes filling)

…Jim and my dad prayed for you faithfully."

It was all I could say. I had to tighten my throat to keep control. He looked me right in the eye for a few seconds. He noticed I was holding it back and he thanked me, handed me the book...I scurried out.

This man knows Jesus. He knows personally what Advent means:

I want to know him that way. To value him the way Andrew Brunson values him.

I will pray for a heart like that in this second week of Advent.

“For the people walking in darkness have seen a great light…”